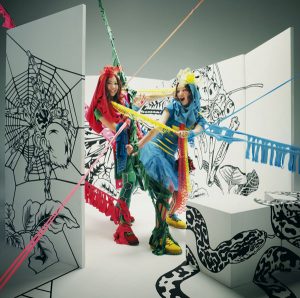 Information
“It’s PARTY TIME” is the eleventh single released by HALCALI. This single was produced by Fantastic Plastic Machine who have worked with HALCALI on other songs such as “Wakakusa DANCE” feat. Uta Maru, “Otsukare Summer” and “BABY BLUE!”. The title track uses a sample of The High-Lows song “Nichiyoubi Yori no Shisha”. The single peaked #139 on the Oricon weekly charts and charted for one week, selling 600 copies.

Loading...
~How to Download?~
If you're having trouble in downloading "HALCALI – It’s PARTY TIME! [Single]" please read FAQ (Frequently Asked Questions). You can also go artist list to download other music or check latest music updates for new releases.
Please buy official/original to support the artists, all content in this web is for promotional purpose only, we dont responsible for all users.