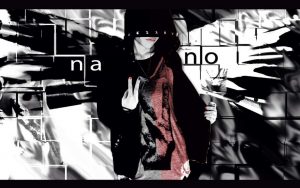 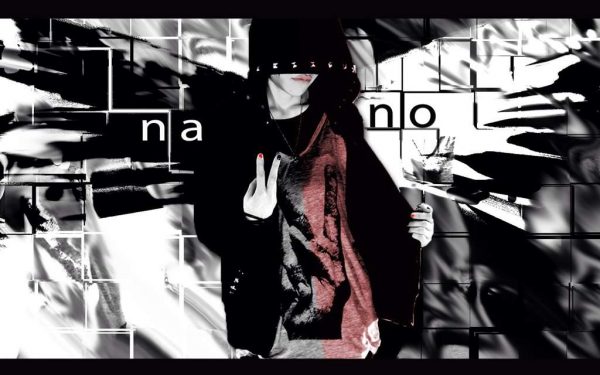 nano (ナノ) originally a bilingual YouTube singer, who was known under the alias RougeRouge and later xoxonano from 2006 till 2007 and 2007 till 2009 respectively. She deleted her channels and started on Nico Nico Douga as utaite in 2010. nano is known for her strong, tomboyish voice. Due to her deep voice, she could be considered a “ryouseirui”. She can sing in both Japanese and English, as she was born in New York. She returned to Japan and because of that, some of her covers are tagged with “The returnee has” (帰国子女が). She also writes English lyrics for the VOCALOID songs she covers, giving them a western touch without losing the original style; therefore, she often tags her songs with “western style” (洋楽っぽく). nano mostly covers VOCALOID but also has covered some Avril Lavigne songs. Her avatar generally has red, mid-length hair and sometimes wearing a mask. nano also contributed to various games and anime, singing themes, etc.. They can be found here. On March 14, 2012, she made her major debut, signing under the label “flying DOG”. On March 16, 2013 she held her first.

Loading...
~How to Download?~
If you're having trouble in downloading "nano Discography" please read FAQ (Frequently Asked Questions). You can also go artist list to download other music or check latest music updates for new releases.
Please buy official/original to support the artists, all content in this web is for promotional purpose only, we dont responsible for all users.