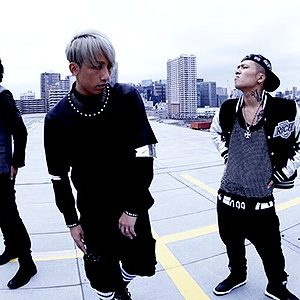 BACK-ON (バックオン; Sound Explosion) is a four member Japanese mixture rock band from the Adachi special ward in Tokyo signed with the avex trax sub-label cutting edge. The group was formed in 2002 by TEEDA, KENJI03, SHU, and GORI. KENJI03’s older brother’s best friend MACCHIN soon joined as their drummer. In late 2006 MACCHIN left the band and was replaced by ICCHAN in early 2007, who left the band in November 2011.

In 2008 they joined the project group BAReeeeeeeeeeN, which helped to increase their popularity.

If you're having trouble in downloading "BACK-ON Discography" please read FAQ (Frequently Asked Questions). You can also go artist list to download other music or check latest music updates for new releases.

Please buy official/original to support the artists, all content in this web is for promotional purpose only, we dont responsible for all users.

We now have an official discord, you can join it here.